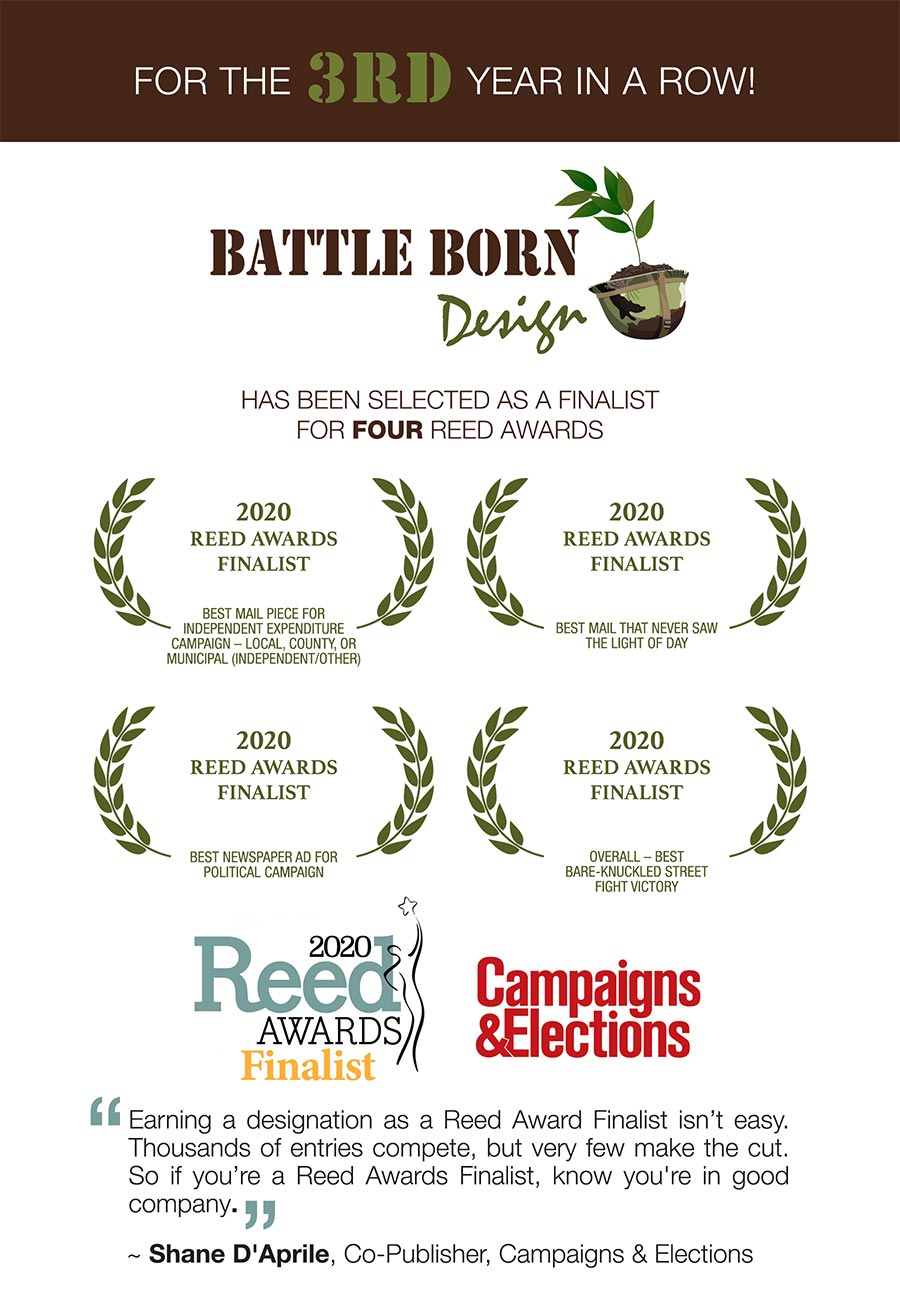 We are pleased to announce that for the third year in a row Battle Born Design has been selected as a finalist for the Reed Awards! And this year we are up for FOUR awards! The annual Reed Awards, named after Campaigns & Elections’ founder Stanley Foster Reed, are considered one of the most prestigious awards in political campaigning, campaign management, political consulting, and political design. We are honored to be named alongside other amazing creative firms in the business of political design!

Here are the exciting categories we are up for. Drum-roll please…

This year’s Reed Awards & Conference will be held on February 19-20 in Atlanta, Georgia, where the winners in each category will be announced.